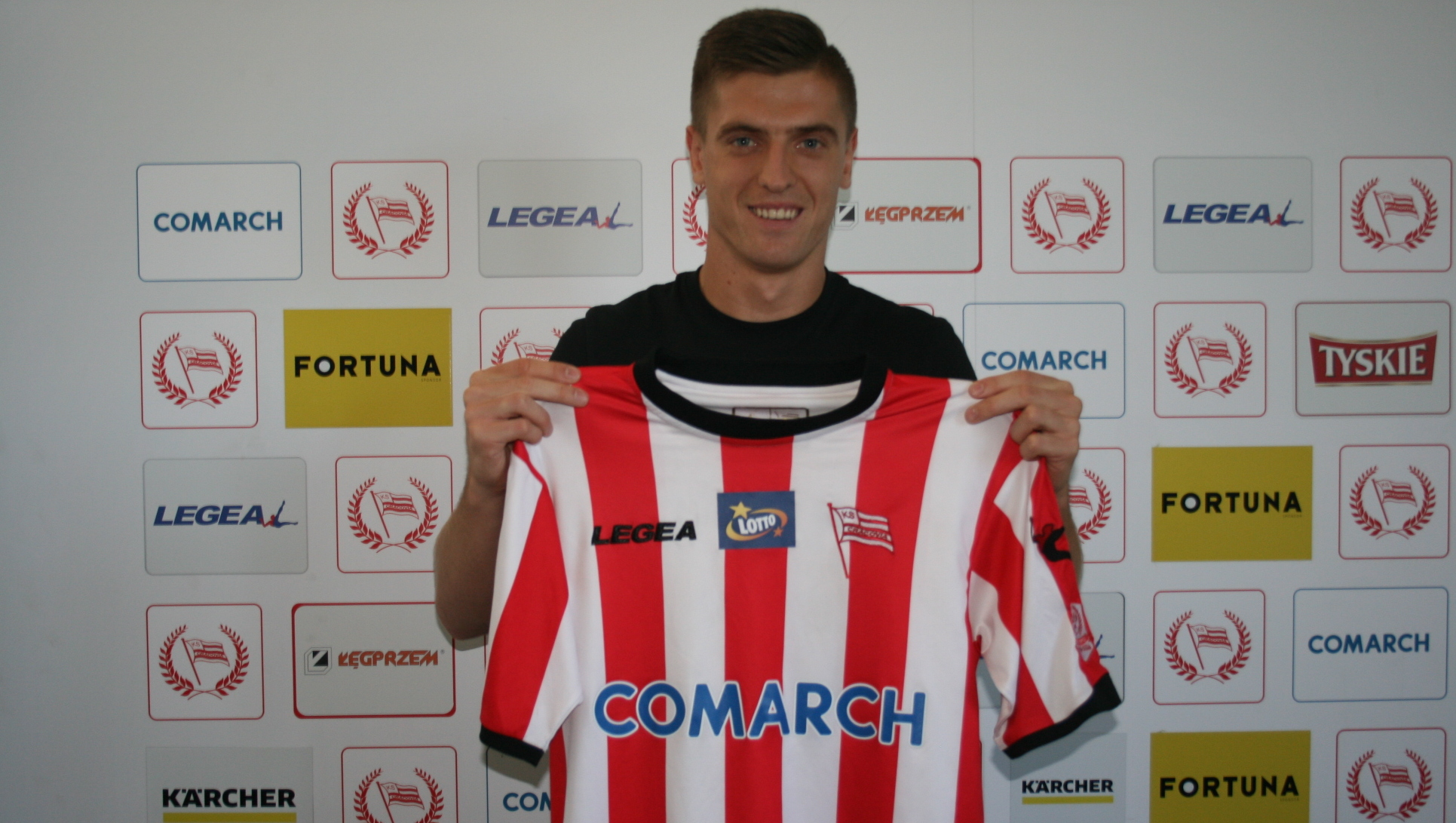 We are delighted to announce the signing of Krzysztof Piątek from Zagłebie Lubin. Piątek joins Cracovia on a 3-year contract.

We are delighted to announce the signing of Krzysztof Piątek from Zagłebie Lubin. Piątek joins Cracovia on a 3-year contract.

Krzysztof Piątek is a 21-year-old forward who comes from Dzierżoniów where he took his first steps in football - at first at Dziewiątka Dzierżoniów and then at Lechia Dzierżoniów. In the second part of the 2012-13 season he moved to Zagłębie Lubin. For a year he had played for the reserves team, before making the senior squad in spring 2014. Last season he made 33 Zagłebie appearances and scored 6 goals. He is 1.83 m high and weighs 77 kg.

‘Im very happy Im going to be part of such a big club. I think Im going to develop here as a player. Last season Cracovia came fourth, now we want to achieve even more and be in the top three, said Piątek.